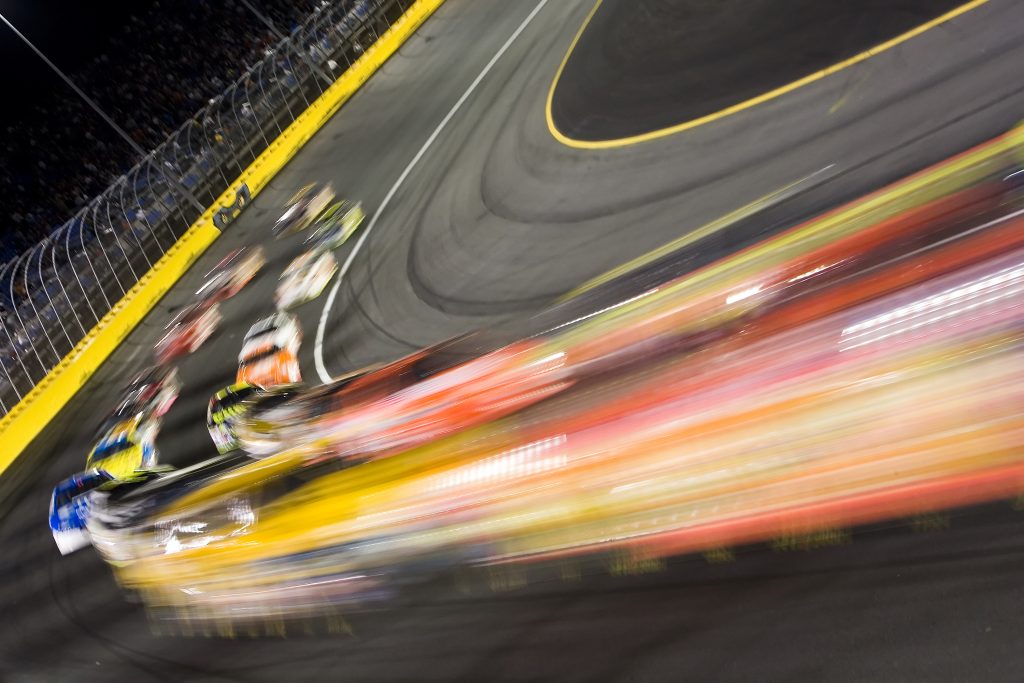 Driving around in circles seems like a simple enough task, but for officials at NASCAR there are always new ways to get to the checkered flag. And that means innovation.

In fact, it can be argued that the very creation of the National Association for Stock Car Auto Racing was itself an innovation.

While people have been racing automobiles since soon after the first vehicles rolled off the assembly line, the meeting convened by Bill France Sr. on Dec. 14, 1947 at the Streamline Hotel in Daytona Beach was an innovation in the sports world. And it would be the first of many.

“Innovation is key to NASCAR’s success, and most importantly, its continued growth,” said Ben Kennedy, senior vice president for strategic development at the auto racing organization and grandson of Bill France Sr. “Engaging with our fans is the most important part of the business. Whether it’s innovations from our digital and social platforms or from unique camera angles and technology used by our broadcast partners or technological innovation in our race cars to enhance the racing on the track, the goal is the same: bring our fans closer to our drivers and the action. Innovation is the key to engagement.”

According to information provided by NASCAR’s communications office, the digital media platform created by the organization created a completely new experience for fans, providing a different lens into the sport. With in-car cameras, a mobile app and the ability for fans to track all manner of data from the cars, NASCAR has emerged as a market leader in leveraging data from the playing field and putting it in the hands of fans.

“NASCAR has truly embraced social and digital media and it has evolved considerably over the past decade,” Kennedy said. “The creativity has engaged fans with our drivers and the entire sport like never before.”

Kennedy said NASCAR has tested 360 cameras in the race cars to give fans the feeling of being in a car going 200 miles per hour mere inches from other cars and to hear the action behind the racing as well.

“We offer fans the ability to listen in to the conversations the drivers are having with their crew chiefs and spotters,” he said. “Using innovation to give fans behind-the-curtain access is certainly unique to NASCAR.”

The embrace of media technology also led to the creation of esports partnerships that bring NASCAR to a new generation of fans. The company said the gaming connection proved especially important during the worst of the Covid-19 pandemic by filling a programming gap for the sport and was a “ray of light” for the industry as a whole that kept fans engaged and created an environment for sponsors.

That meant a lot for fans, to be sure, but was important to NASCAR as well.

“The 2020 season was certainly a special one for NASCAR and one that would not have happened without our entire industry being innovative in its thinking,” Kennedy said. “The pandemic shut the country down, but with innovative thinking, we were able to get through it and become the first major sport to return to competition, the first to welcome fans back and the first to complete a full season.”

Kennedy said the eNASCAR iRacing Pro Invitational Series featuring the sport’s most popular stars “filled the void” when the country was locked down.

“This series shattered TV broadcast records for esports with six events rating as the highest-rated esports TV programs of all time,” he said.

The relationship with sponsors is another area where NASCAR not only looked for innovative ideas but also led the way for other sport leagues.

While today you can see advertising and sponsorship on the jerseys of soccer teams, professional golfers and other sports stars, the sports marketing innovation that led the way came from NASCAR with the wide variety of sponsor labels and logos adorning the cars on the track and has become part of the fabric of the sport.

Any discussion of innovation in auto racing ultimately comes back to the machines and NASCAR is a leader in that area as well. The organization’s Next Gen car is designed not only to improve the quality of racing but also to engage fans even more with the sport.

“In working with our manufacturing partners – Chevrolet, Ford and Toyota – it was vitally important that we enhanced the product relevance of the Next Gen car,” Kennedy said. “The technical components of the car are similar to what you see on the showroom floor, but just as important were the fan-engagement innovations in the car, including the ability to add in-car cameras in every vehicle and the potential to pull fan-facing data off the car.”

That commitment to innovative thinking not only has resonated with fans but also has put NASCAR in the spotlight.

Kennedy said NASCAR was named Sports League of the Year by Sports Business Journal and SportsTechie and said if the company didn’t embrace innovation and thinking about things differently, they never would have been able to achieve that success. And keeping that momentum going for the future is one of the keys to continued success.

“We’re innovating in how we’re creating new ways to grow the fan base with an emphasis on getting younger and more diverse,” Kennedy said. “We just announced All-Pro running back Alvin Kamara as NASCAR’s first-ever Growth & Engagement advisor and had him in the building to talk engagement strategies and brainstorm new ideas.”

With an innovative approach to growing all facets of the sport in a competitive market, NASCAR is poised to make a hard run toward continued success. 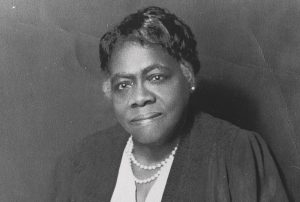 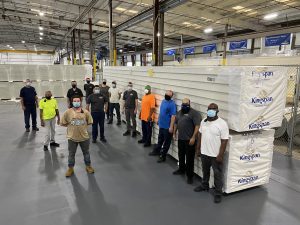 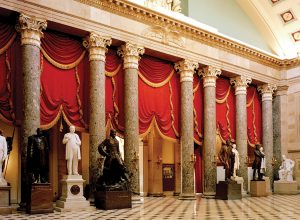 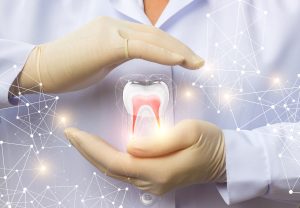