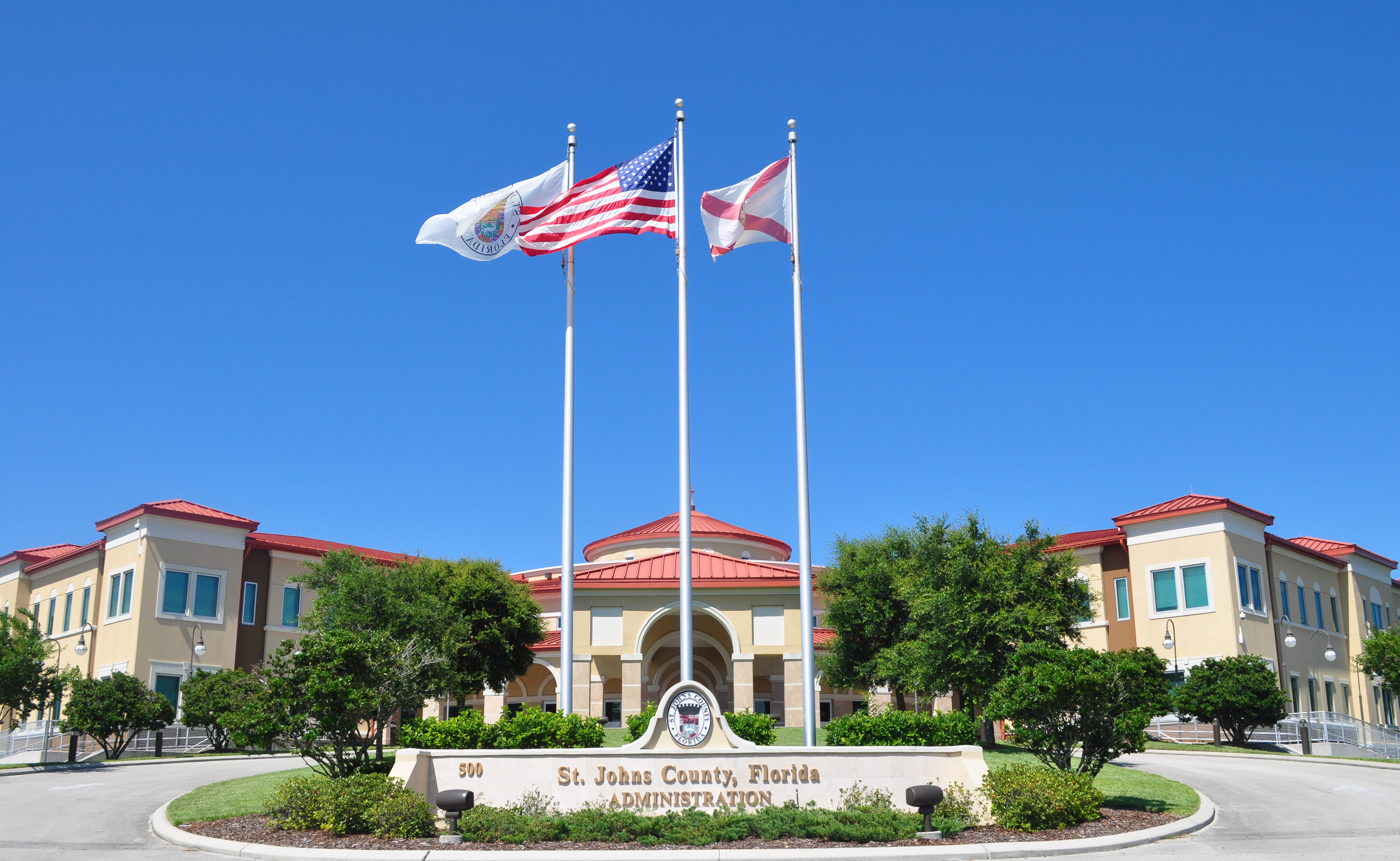 The idea to create the Elkton Industrial Park is still on the drawing board after the St. Johns County Commission voted 4-1 to deny a request to transmit the plans for state review.

During a long public hearing Sept. 20, commissioners heard from landowner Chris Shee, who was seeking a land use change for a 92-acre parcel at the intersection of County Road 305 and State Road 207 in Elkton to build an industrial park with up to 1.25 million square feet of warehouse space. They also heard from

In his presentation, Shee said plans called for construction of two buildings – one to be used by organic food distributor KeHE and the second structure erected as a spec building for future use.

Shee said  KeHE  is already the 10th largest employer in St. Johns County, with one of its three southeastern U.S. operations based there. The new facility would create as many as 150 new jobs and add needed industrial space in the county.

“We have to stop being such a bedroom community for the city of Jacksonville,” he said. “This is the highest and best use of the property.”

Shee cited statistics showing the non-residential share of property tax revenue is low in St. Johns County and the industrial park would help shift the imbalance.

“We need to encourage commercial and industrial development, especially in industries that support agriculture,” he said. “Quality employment opportunities in this area of the county are needed.”

A long line of residents disagreed with Shee, voicing concerns about the impact of the large facilities in the rural community.

“We need our agriculture,” said John Sykes from Sykes Family Farms. “We’re already fighting a lot of traffic on the back roads.”

Sykes said opening the area up to industrial development could endanger the agricultural landscape of the area.

“We need to keep our farms and our generations,” he said. “I just don’t see where we are going to benefit from this.”

The majority of commissioners sided with residents opposed to the plans, including Commissioner Sarah Arnold, who said she had “serious reservations about the traffic and the trucks.”

A sticking point for Commissioner Christian Whitehurst was the incompatibility of the industrial park with the surrounding area.

“My whole issue with this is we don’t have an economic analysis from the county,” he said. “We haven’t seen details to know exactly what this would bring forward.”

County Commission Chairman Henry Dean was the only member of the board in favor of sending the transmittal to the state, saying he believed the industrial park is “totally compatible with farming” and would be better than more residential development in the area.

“It’s my opinion this facility, if it’s approved and built, will actually discourage residential rooftops,” he said.