In business, supplier diversity can make the difference between a market leader or a failing organization. A wide array of suppliers allows a company to collect inputs at competitive prices, helping to improve its bottom-line performance.

For better results, companies should include minority-owned businesses in their supplier base. This makes sense for several reasons. This first is that minority-led suppliers tend to be more accessible and nimble. Hence, buyers can reach a decision-maker if problems arise with input or service delivery, or if a fast solution is needed. Second, minority suppliers must be competitive if they want to win contracts. This means they must run leaner and smarter businesses, which translates into better pricing, product and service for the buyer.

A third advantage for buyers is the exposure to fresh ideas and creativity. A report this year by McKinsey, a management consulting firm, found that companies with greater diversity in the workplace are 21% likelier to outperform their peers. The same benefits come with supplier diversity. As the president and CEO of the Florida State Minority Supplier Development Council (FSMSDC), it’s my job — and my passion — to promote supplier diversity, and what I’ve found over the past 18 years is that more inclusion yields a competitive edge in the supply chain. This is not just in pricing, but in access to suppliers with the cultural and language competencies the buyer may not have. This can help buyers to think outside the box and reach new markets.

Supplier diversity also helps a company look like their customer base. This is important in any procurement strategy, especially B2C. If a company sells 20% of its products to a minority group, the customers will want the supplier base to reflect that. If it does, this can boost the buyer’s image — and help the local economy. Minority companies tend to hire other minorities, and this has an impact on job creation and community development.

If customers take offense at the lack of diversity, companies can suffer a backlash. We’re living in an era of hyper-connectivity. Any individual has the power of driving mass support over social media — and if negative this can tarnish a company’s image. As Warren Buffett, the hugely successful investor, once said: “It takes 20 years to build a reputation and five minutes to ruin it.”

With the demographics of the U.S. getting more diverse, this risk is only going to become greater — as are the opportunities for growth. According to the Pew Research Center, a Washington, D.C. nonpartisan fact-tank, the U.S. won’t have a single racial or ethnic majority by 2055, with immigration, in particular from Asia and Latin America, leading population growth. Indeed, all racial and ethnic minorities grew faster than whites from 2015 to 2016.

Florida is leading these demographic changes and is one of the most multicultural states in the country. For example, 128 languages are spoken in Florida homes, from Spanish to French Creole, Portuguese and Russian.

How can a company diversify its supply chain?

With so much upside from supplier diversity, how can a company add more minority firms to its supply chain? The first step is to make diversity a strategic goal and establish a clearly defined, measurable and trackable action plan that can be pursued by management and employees together. Other tips: join a diversity business council and create internal champions to motivate everyone in the company to press ahead on meeting the objective.

There needs to be more commitment from the top and throughout the organization. This can come from policies in both the public and private sector that encourage supplier diversity and that will in turn reap the benefit from a more diverse supply chain.

At FSMSDC, we want to help companies improve supplier diversity. We see ourselves as matchmakers. For example, a Hispanic-owned engineering company recently came to us after a year of struggling to get financing. We connected them to a bank and within days the branch president was at the engineering company’s office. A $3 million loan was made a few weeks later.

This was a win for both sides. The bank found a client it otherwise may not have reached, and the engineering company could fund its expansion.

The connections help, and a good way to make them is through conferences. A great example are the connections that Barbara Manzi, President of Manzi Metals, has made by attending the FSMSDC’s Annual Business Expo over the years. Manzi has been able to network with major companies, helping to grow her small, Florida based metal distribution business into a market leader.

Minority suppliers must actively pursue deals with government and in the private sector. These entities must also seek out minority suppliers. Supplier Diversity is a priority today and will become even more of a competitive advantage in the future. 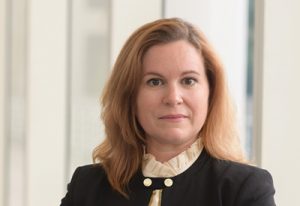