Window panels featuring the story of the statue project are part of the visitor experience at the News-Journal Center exhibit.
Part of the large crowd at the unveiling of the Mary McLeod Bethune statue Oct. 11.
Sculptor Nilda Comas, right, stands with the statue of Mary McLeod Bethune at the Oct. 11 unveiling.
Part of the exhibit at the News-Journal Center includes columns imprinted with information about statue project, including sculptor Nilda Comas.

Mary McLeod Bethune’s journey to National Statuary Hall is one step closer to completion after the statue of the educator and civil rights icon at the News-Journal Center Oct. 11.

The ceremony comes five years after then-Gov. Rick Scott signed a law to replace a statue of Confederate Gen. Edmund Kirby Smith with a sculpture of Bethune in the U.S. Capitol.

“I absolutely knew we would get here,” said Nancy Lohman, president of the Dr. Mary McLeod Bethune Statuary Fund, Inc., at the News-Journal Center event. “I’ve been envisioning this day. It is a moment of joy with just a little bit of relief.”

The statue will be on display and open to the public at the Beach Street facility through Dec. 12.

Lohman said in addition to honoring Dr. Bethune, the statue provides “a teaching moment,” providing an opportunity for students “to learn from Mary McLeod Bethune.”

Daytona State College Tom LoBasso said it was “an honor” for the school to be part of the unveiling at the News-Journal Center, which is part of the DSC campus.

“It’s a once-in-a-lifetime opportunity and we’re glad to be a part of it,” he said.

LoBasso said while many people know Dr. Bethune as the founder of Bethune-Cookman University, she also played a role in what would become Daytona State College.

In his remarks, LoBasso explained that Dr. Bethune was instrumental in the transfer of 29 acres of land and 55 buildings from the federal government for the future home of the college.

“Our campus is part of her legacy,” he said.

The exhibit at the News-Journal Center also includes a variety of informational panels and displays telling the story of Mary McLeod Bethune and the statuary project.

Calling the unveiling “our city’s proudest moment,” Daytona Beach Mayor Derrick Henry said Dr. Bethune’s contributions live on in the community and should be remembered.

“We are the heirs and custodians of a great legacy,” he said. “Let the record read that Daytona Beach passed the test with straight superiors.”

The unveiling featured the announcement of yet another legacy of Dr. Bethune.

Hiram Powell, interim president at Bethune-Cookman University, said in 2022 the school will launch the Mary McLeod Bethune Research Institute to encourage scholarship and research about Dr. Bethune and her life.

“She is truly one of the crown jewels of our city, our state and our nation,” Powell said.

The Tampa Bay congresswoman championed the efforts to replace the statue of Smith with Mary McLeod Bethune and said, in her remarks at the unveiling, that the statue is part of “a story that should be shared with all people.”

“(Dr. Bethune) is a symbol of hope and reconciliation for our state and our country,” Castor said.

there’s something odd about this sentence…it has a negative ring to it, but I don’t know how to quickly fix it. 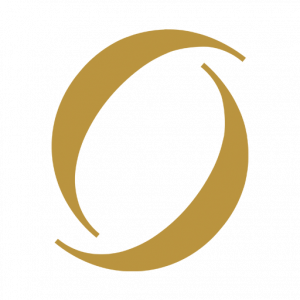